The Arturo Project: Premiere at FSFF 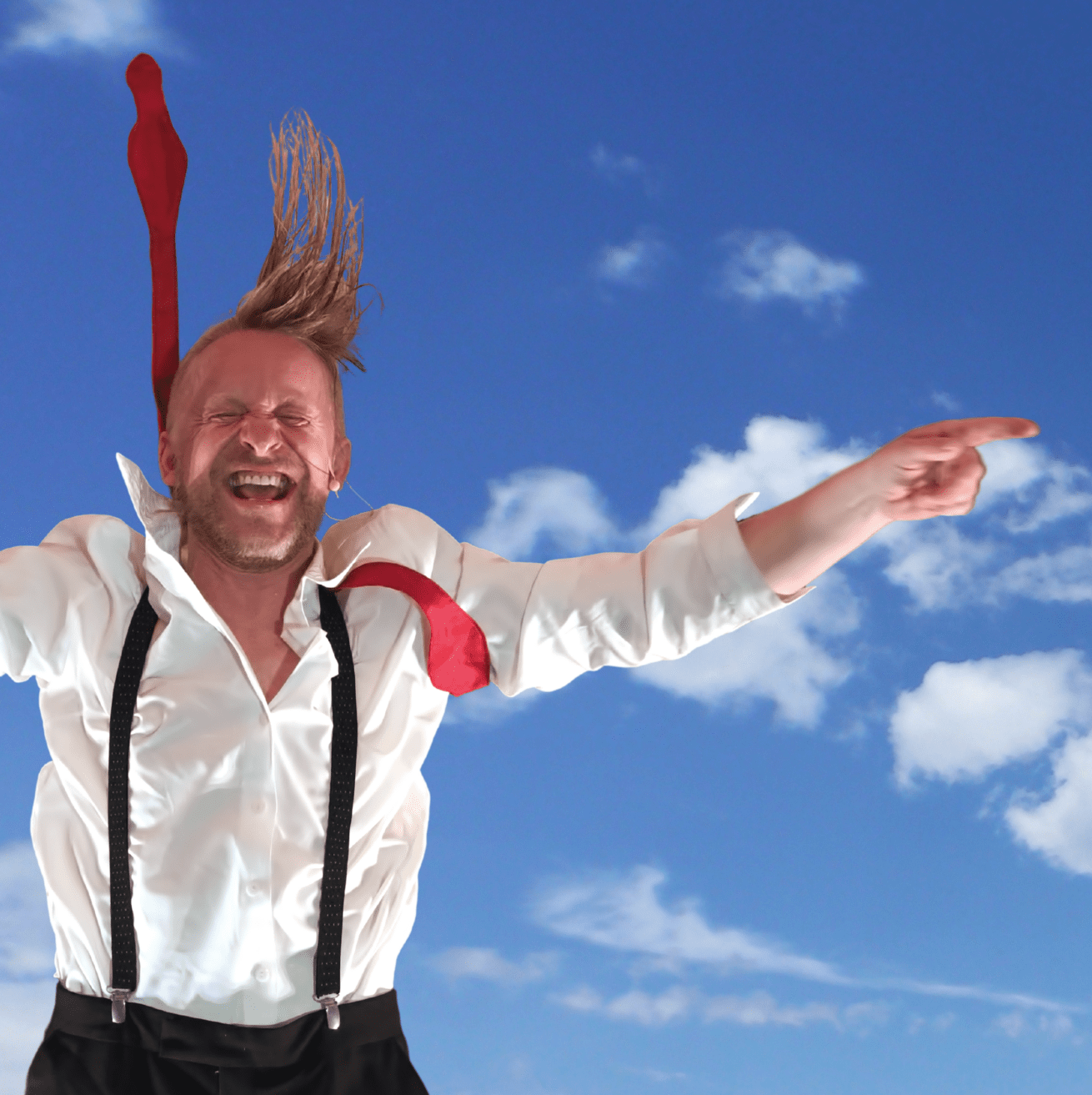 “Revue, circus, drama, parable, and thriller in equal measure. Outstanding level” wrote the Süddeutsche Zeitung about the play, which was seen in Landsberg am Lech in August 2019. The Stelzer and the Theater Wasserburg cooperated for this production with a traveling circus and a band. In this worldwide unique symbiosis, Uwe Bertram staged Brecht’s parable of the “Aufhaltsamen Aufstieg des Arturo Ui” on the Waitzinger Wiese as an impressive crossover. The synergy between the genres – theater, circus, acrobatics, and stilt theater – made possible a spectacle with an impressive dynamic.

The audience and press were enthusiastic, as was Kurt Tykwer of Filmforum Landsberg. “The fact that such a constellation was possible in Landsberg in the Brecht Year 2019 electrified me so much that the idea of capturing the play on film wouldn’t let me go,” Tykwer said in conversation. After three years of production, his idea became a 90-minute documentary. “The documentary ‘The Arturo Project’ is a cinematic milestone, a pearl,” Tykwer said of the film.

But this “pearl” also involved the collaboration of three well-known Landsberg cultural figures, all three winners of the Ellinor Holland Art Prize: Wolfgang Hauck, director of the theater “Die Stelzer” and the association “dieKunstBauStelle”, as producer, filmmaker Robert Fischer as responsible for camera, editing, writing and directing, and Kurt Tykwer from Filmforum Landsberg as idea provider and advisor. 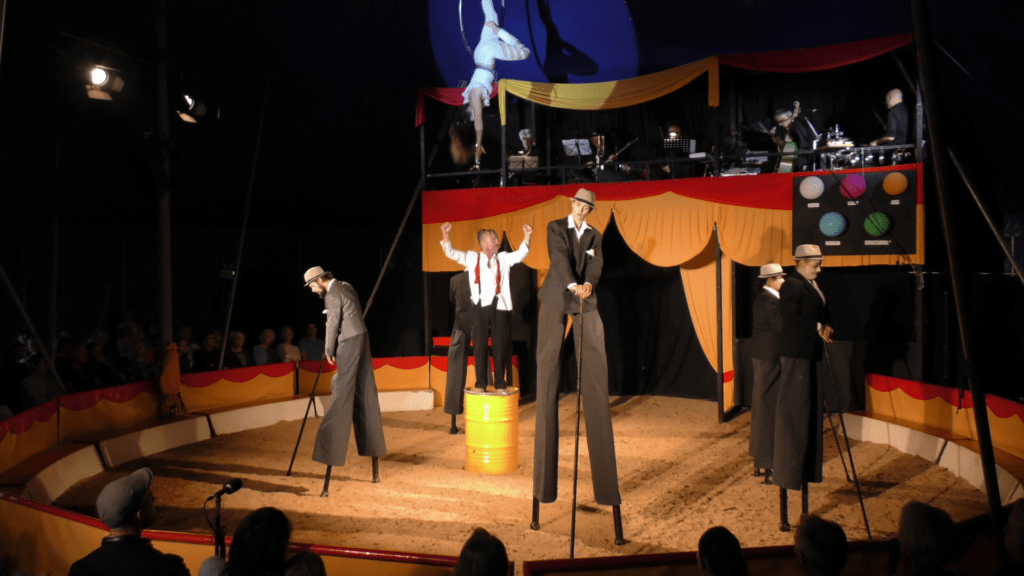 Five years passed from the premiere of the play in Wasserburg in 2017 to the finished film, which Robert Fischer bundled in an entertaining and exciting way. Through his masterful dialogue in the editing, he succeeds in drawing the work on Brecht’s parable from the idea development of Uwe Bertram to the first rehearsals with the ensemble and the stilts training to the glorious premiere as an intimate chronicle of a process of change. “This group of very diverse creative people developed a theatrical event together that, in an unexpected way, ended up changing each of them forever,” Fischer said. “To witness and capture this change was a great privilege for me,” said the longtime curator of the Munich Film Festival.

Producer Wolfgang Hauck (dieKunstBauStelle) shed light on another facet of the film. “The individual look behind the scenes opens up the reference to the current situation from different aspects. This makes it clear that it is not only a parable of the political situation of the 30s and 40s, but also of our own political reality,” he explains in conversation. His stilts partner Peter Pruchniewitz trained and instructed the actors, who perform on stilts in the play. Only Arturo Ui remains on the ground, a parable in which perspective is on the one hand a political expression, but also an artistic means of expression.

Those who have seen the play in Landsberg know what is being talked about. The story is well known: Arturo Ui wants to get to the top. At any cost. Bribery, corruption, murder, fraud, whatever the means. Taking advantage of an economic crisis, with oratory and agitation, Arturo Ui succeeds in a frighteningly easy political rise. The actors, artists and musicians, many of whom met for the first time for this project, were united by the conviction that Brecht’s cautionary parable about the mechanisms of fascism and the seizure of power by a dictator is unfortunately as relevant today as it was at the time of its creation. 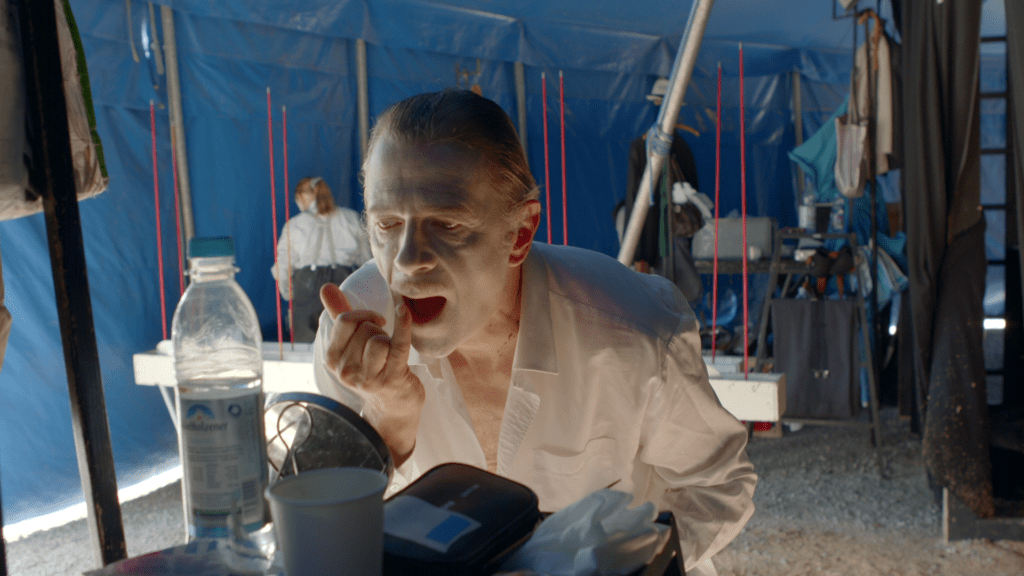 The quality and topicality of the film also convinced sponsors such as TILL (Förderverein Stadttheater), the Rotary Club Ammersee, the Heidehof Foundation, and the Sparkassenstiftung Landsberg. Sabine März-Lerch from the “Förderverein Stadttheater” considered the collaboration of these various actors and artists to be so significant that “this documentary absolutely had to be made possible. What was created there should also be accessible to a wider audience,” she says, explaining the funding approval. This is now also happening as part of the Five Lakes Film Festival (FSFF). 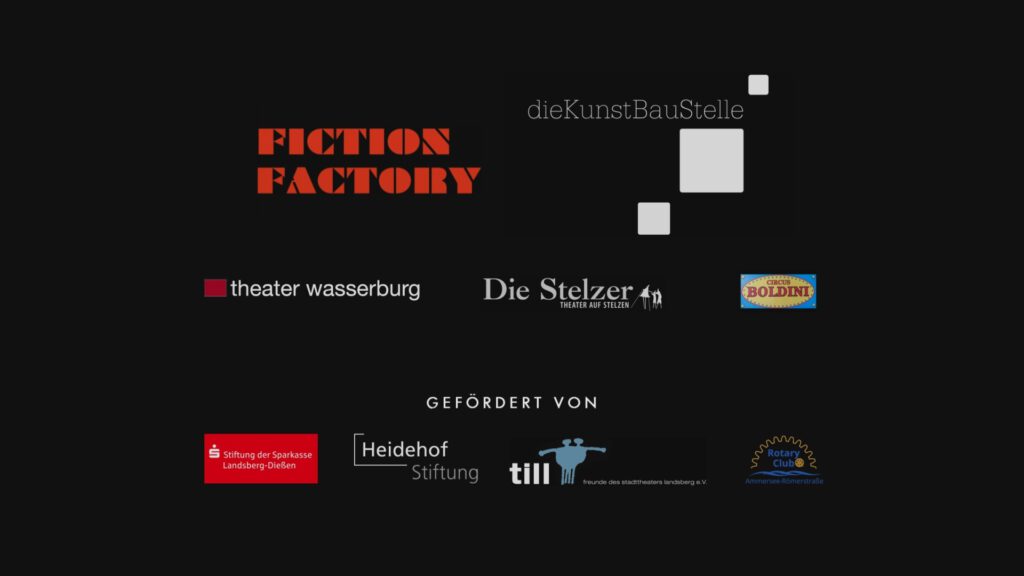