Surprises at the “Table of Generations” 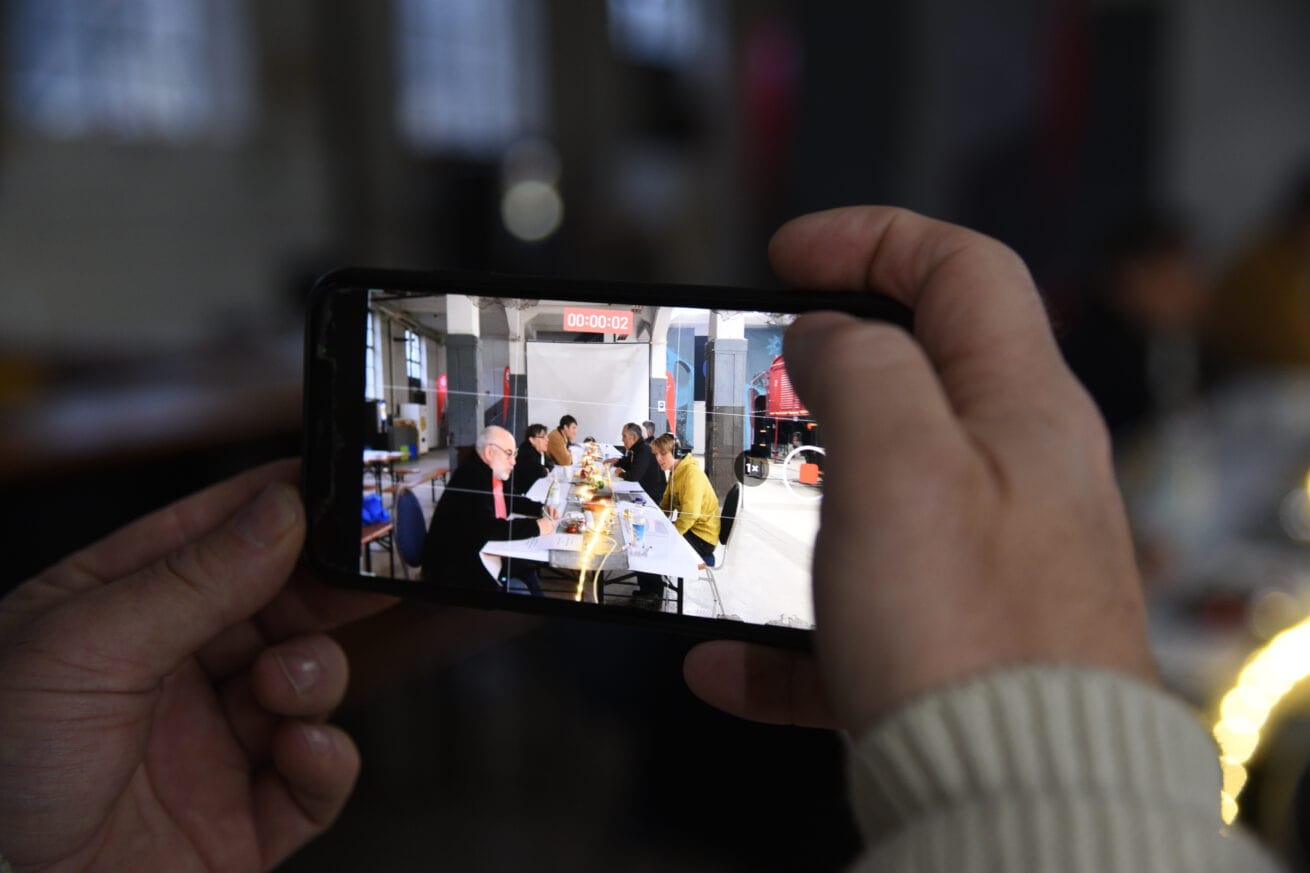 Surprises at the “Table of Generations”

“On my first day of school, as a non-Catholic, I was placed in a class with the children of all the forced laborers and refugees. My teacher came directly from the Berghof, where she had been the private teacher of Goebbels’ children. However, many more of our children went to the Gymnasium than from the parallel Catholic class,” recalled one of the participants of the Table of Generations about his first day at school in 1955 at the time of the confessional classes.

One enrolled in 1961 told of his huge school bag and the punishment of kneeling on the podium. “Since I was also an altar boy and thus had to kneel all the time, my knees are ruined today and I get 300 euros a month in pain compensation from the church because of it.” A lady born in 1941 could not remember her first day at school at all, because it had no particular relevance in Berlin, which was buried under ruins. But she had fond memories of the recreational clubs set up by the Americans for German children, where she had been taught a lot.

To the event initiated by Wolfgang Hauck of the Landsberg association dieKunstBauStelle on the past weekend altogether 14 participants of 16-80 years had come together to the casual exchange. Participants from Landsberg and Schondorf were connected to this hybrid format via zoom. Because of distance regulations, the meeting had been shifted at short notice instead of in Schondorf and/or Landsberg into the Bahnpark Augsburg. 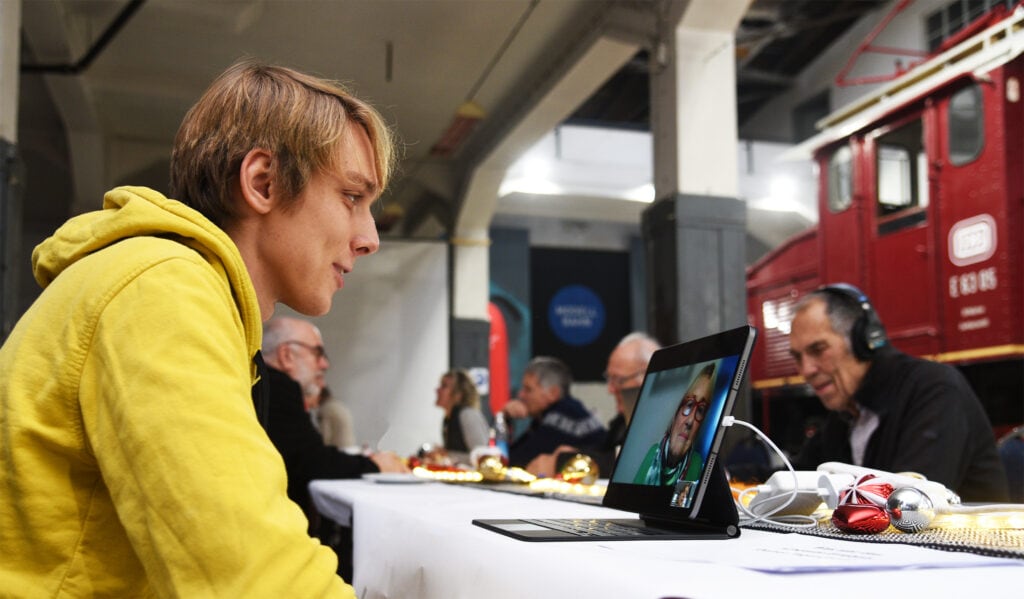 The starting points were questions about the first day at school or the procedure for choosing a career, but also the “greatest gift” or “the most important thing in my current life”. It turned out that even representatives of the same generation had experienced the same event very differently and the exchange about it broadened their horizons.

The younger ones could hardly stop marveling at the stories: the train driver, who was envied by those present for his profession, had only come to this job purely by chance: “When I came back from the school leaving certificate ceremony, there was a poster saying that train drivers were wanted. That’s when I applied and enjoyed doing it for the rest of my life.”

No internship, no consultations, and no long planning:  This, 30, who is in the process of starting a family, comments, visibly flabbergasted, “I’ve only just made my career decision now and don’t know how long I’ll be doing it.” 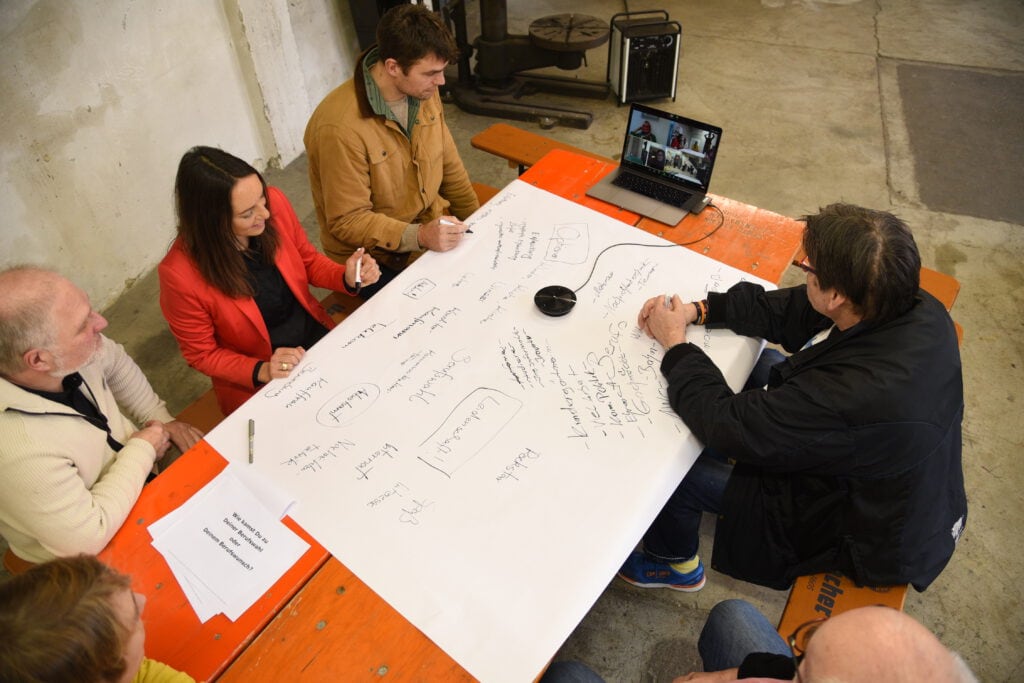 “A very enriching and storytelling exchange” comments project manager Wolfgang Hauck. He plans to offer this hybrid format more often in Corona times. “Especially for senior facilities, this kind of social exchange is ideal at the moment.” The project was funded by the German Foundation for Engagement and Volunteering (DSEE). In terms of technology, the association was able to draw on new tablets, cameras, and equipment, which were also funded by DSEE.

Now, despite the restrictions imposed by Corona, the thread of conversation between the generations is not only to be taken up but intensified. The need in schools but also in senior citizens’ organizations are particularly great, but also the inhibition threshold for establishing contact. Therefore already discussions with the high schools in Landsberg and senior organizations were led, around the next continuation in Landsberg and Schondorf are in planning.