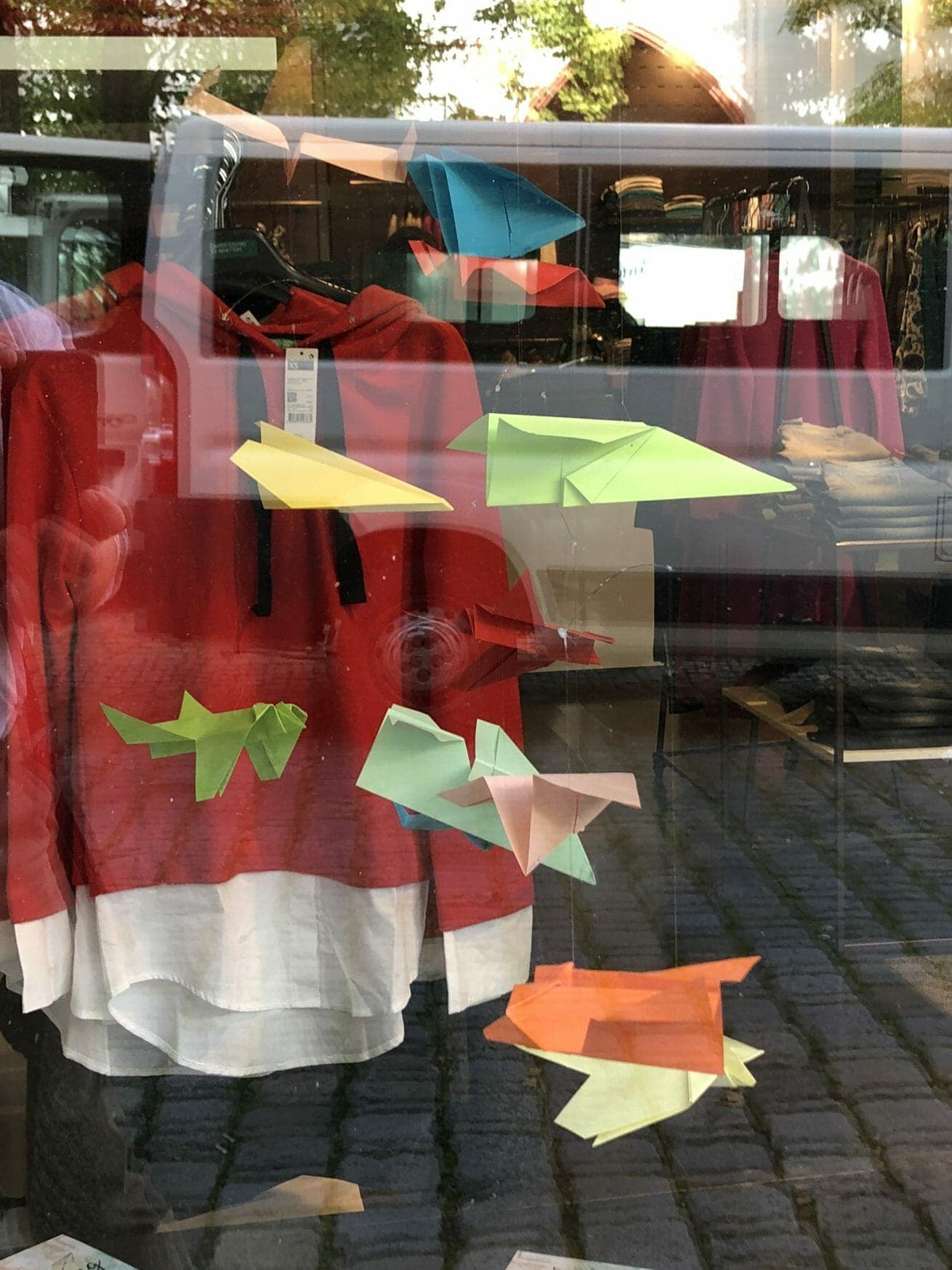 24 students from the secondary school in Landsberg built artistic paper planes and mobiles as part of our “Fliang” project and learned about the special features of origami. Very creative and also artistic works were created, which were exhibited in selected Landsberg shops.

One day later, an official and public workshop began in the Landsberg column hall, where everyone could build paper models on the subject of “flying” under professional guidance. Whether airplanes, butterflies or birds – cranes or doves of peace according to Origamiart – everything was possible here, as long as it flies. On the following day the workshop was open for everyone to experiment – everyone was again invited to participate.

Everybody was very eager to help, children as well as parents folded and tinkered as much as they could, let their planes fly in the columned hall for testing purposes and finally perfected them further. Our workshop leader Renate, former costume director of the Bayreuth Festival and a master craftswoman, offered help and support.

On the last day of the workshop, the flying objects created were finally tested for their flying qualities in the neighbouring hall of the Stadttheater. During this competition, a jury took a close look at the models and tested them according to two important criteria: Who has built the most beautiful aircraft? And: Which flying object flies best? But because all the aircraft were really beautiful and were built with a lot of effort, we decided to draw lots to determine the winner. The lucky winner was 12-year-old Niklas from Landsberg. He could look forward to a real sightseeing flight over Landsberg, which he redeemed a short time later.