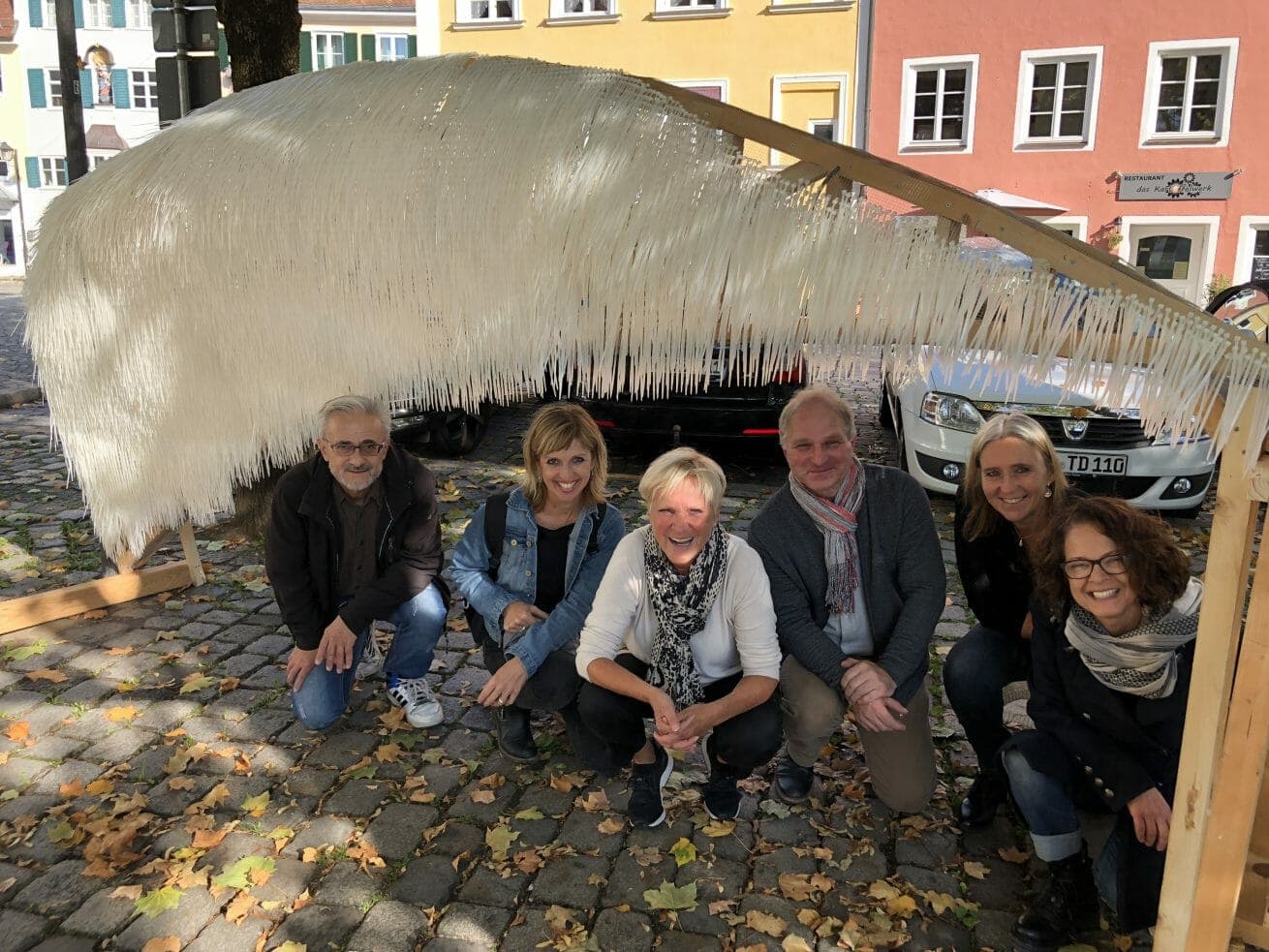 Parallel to our paper airplane workshop, our workshop leader Renate has prepared an “object for all”. We are building a six-meter replica of a wing model, she said.  No sooner said than done. Anyone who was interested could take part and create an impressive grand piano from about 12,000 cable ties.
And so on both workshop days from morning till late at night, we tied, pulled, loosened and reattached. With changing tinkerers, some only for a short time, some who lasted very long. A laborious, but also grounding and relaxing work, in which a great cohesion of all participants was created. Alone through the sheer will to be able to complete the object by the end of the project. And that it was actually completed in the short time available – each and every one of us made his or her contribution.
The completion was not so easy, because our 10,000 cable ties ran out and we had to buy 2,000 more as soon as possible. And also with these it became already again scarce. Hard to believe how many cable ties fit into the inner wire of the wing.
But we did it, and on Sunday afternoon we installed our replica of the Wolfmüller wing model on Hellmairplatz as part of a major ballooning campaign. Everybody who wanted was allowed to decorate the balloons with a message or a drawing. Afterwards we let them all rise into the air together. A really fascinating and contentwise well fitting finale for a very beautiful and loving project.