Book launch of Uri Chanoch’s book “From Kaunas via Dachau to a new life” on Saturday, 7.5.2022 at 3 p.m. in the Kultainers in front of the Fuchstalhalle, Leeder

Many people in our region have come to know the survivor Uri Chanoch (1928-2015): he has often spoken of his memories of the Holocaust in many schools, given speeches at memorial events, and, since 1995, has repeatedly ensured through his presence that the genocide is not forgotten locally 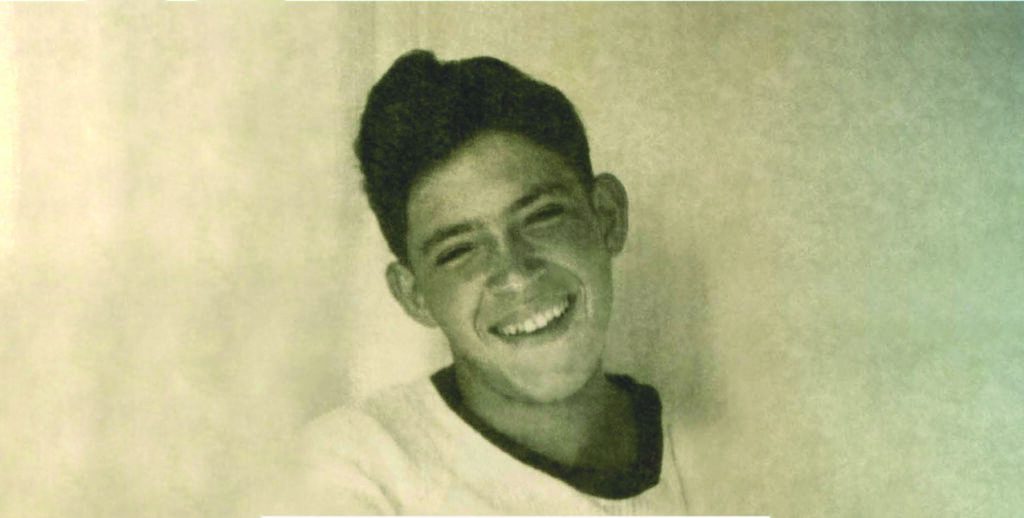 Less well known is his commitment to the compensation of labour in the National Socialist ghettos, which also took him to Berlin many times. His many and varied activities up to a ripe old age ensured that he did not find the time to write down his life story.

Only after his death was it possible to publish his book at the beginning of this year, which was published by Allitera Verlag in Munich and written by his widow Judith on the basis of his stories and notes.

The book, which has already been published in Hebrew and English, is now also available in German. Numerous photographs illustrate an extraordinary life. The work takes the reader from Uri Chanoch’s carefree childhood in Lithuania to the Kaunas ghetto and the Dachau subcamp complex of Kaufering. After four years of ghetto and concentration camp imprisonment, he escaped from the train near Schwabhausen shortly before the end of the war, where he experienced liberation by the Americans.

After a short stay in Landsberg in the early summer of 1945, he travelled to Italy to find the only other survivor of his family, his brother Daniel. His parents and sister had been murdered.

The brothers emigrated illegally to Palestine, moving to a kibbutz until Uri Chanoch joined the paramilitary Palmach to fight for the establishment of the State of Israel. In addition to the autobiographical information, the book also reports on how the Nazi past was dealt with in Germany and Israel and represents an important contribution to the culture of remembrance.

It makes clear that even after the death of the survivors, their story will not be forgotten and their message of understanding and peace will be carried forward. In addition to a short presentation of the book, passages from the book will be read.