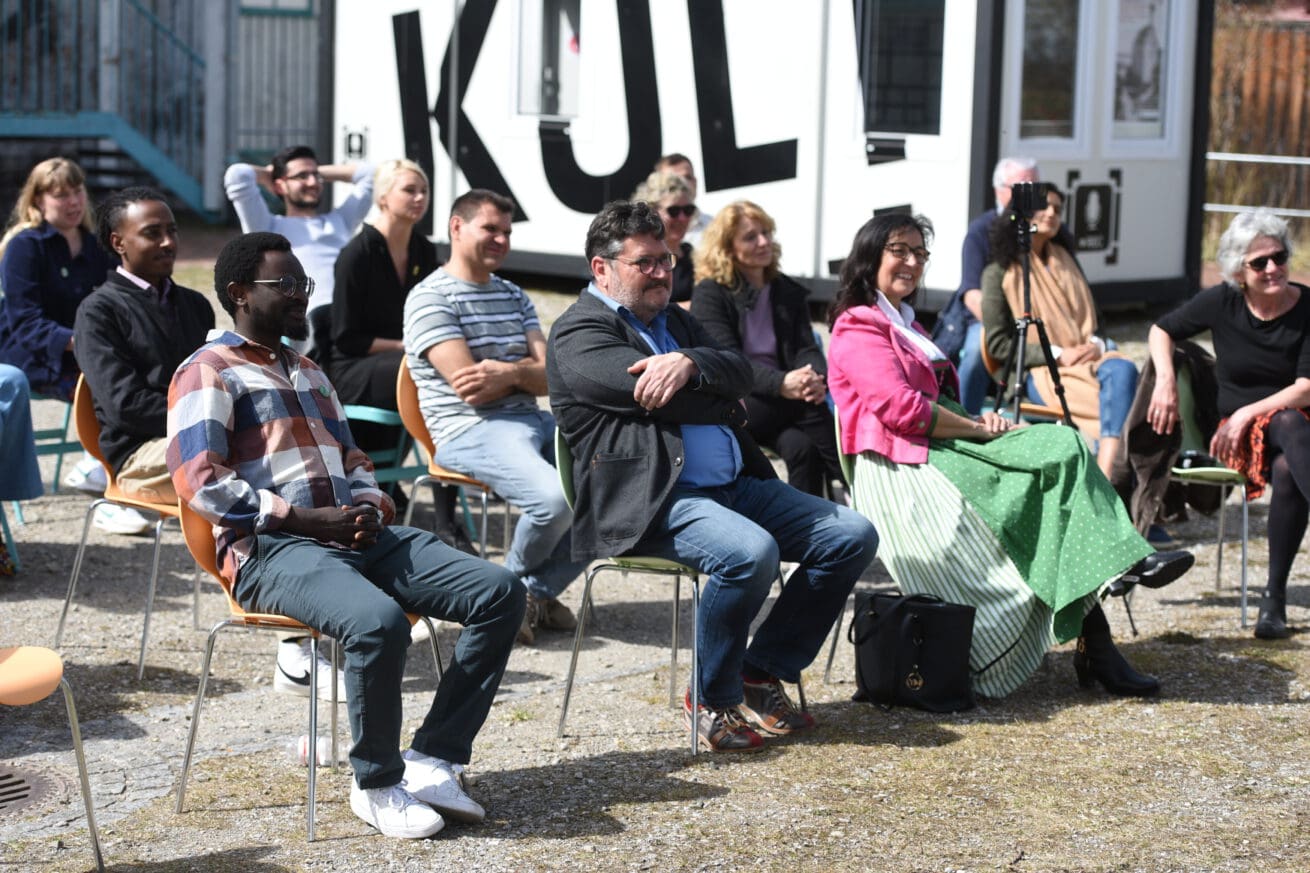 Fuchstal welcomes participants in the international EU project “Digital Backpacking”. What connects the Kultainer with the EU project and why an anklet from the Turkish War can be an example of storytelling in times of digital travel. 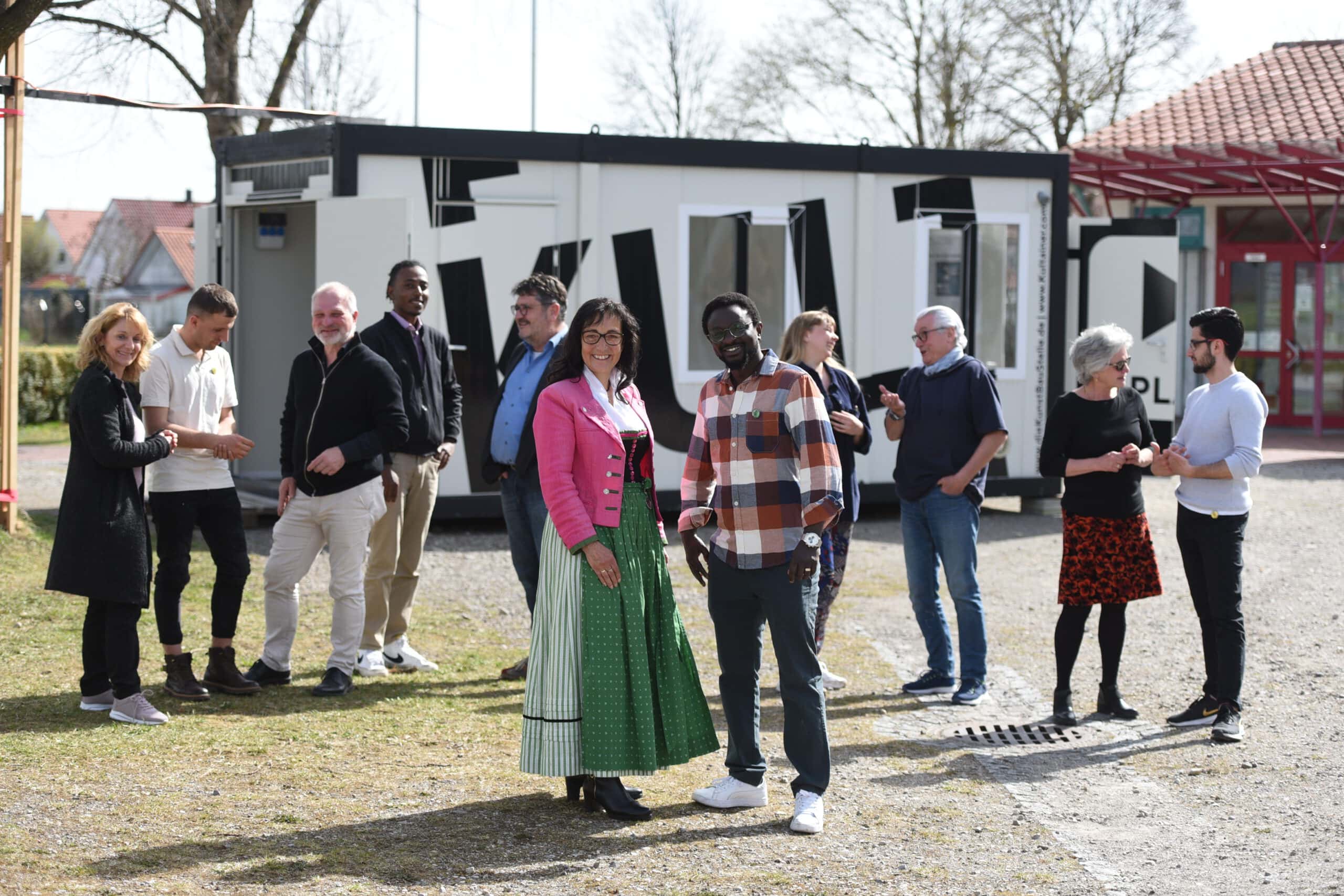 Fuchstal/Landsberg: They live in Denmark, Amsterdam, and Germany, but half of the participants were born in Syria, Afghanistan, Ethiopia, Burundi, and Yemen. Nine moderators and reporters aged between 22 and 36 and five leaders of organizations are part of a project that aims to build contacts in crisis regions and facilitate a digital cultural exchange “as a digital backpacking trip”.

“The regions of Yemen, Afghanistan, Ethiopia and Syria suffer not only from perennial conflicts and wars, suffer not only from a lack of food but above all from the need to be forgotten,” says Berit Muhlhausen, who, together with David Mason, built a mobile, small children’s circus for thousands of children in Afghanistan for over 18 years, which is still active in all regions today.

An important utensil of the “digital backpack trips” of this Erasmus project of the EU, through which the travel obstacles of the last two “Corona years” are to be digitally overcome, are mementos of stays abroad. Fuchstal has a very special “souvenir” to offer: A wrought-iron anklet in the village church. This tells the story of a prisoner of the Turkish Wars and his return home.

In autumn, more than 45 contributors to the project will meet in Berlin to bring the results together in different formats. The EU is particularly enthusiastic about the idea of a digital exhibition and is funding the project with €113,000.

Before visiting the church in Leeder, the international group of experts was welcomed by Fuchstal’s mayor Erwin Karg in front of the containers, who advised in view of the beautiful weather: “Be happy!” In his speech, Karg expressed special thanks for the participation of Gabriele Triebel, a member of the state parliament, and Margit Horner-Spindler, deputy district administrator.

Triebel emphasized the relevance of a travel project for young people: “Young people have not had the experience through the pandemic, which is deeply human with all of us. They have to learn it first.” Margit Horner-Spindler emphasized how important interpersonal exchange is in her opinion: “You get a different view of culture, politics, and religion. Only through exchange and remaining in dialogue do you ultimately achieve peace.”

Wolfgang Hauck, the partner in the international EU project, explained the connection between the Kultainers circulating in the Landsberg district and their predecessors, the very colorful Afghan “Funtainers” (fun, fun, and containers) and the Turkish flying libraries, the “Edutainers” – education for education. The Kultainers want to use mobile technology to support cultural exchange between people in one place. 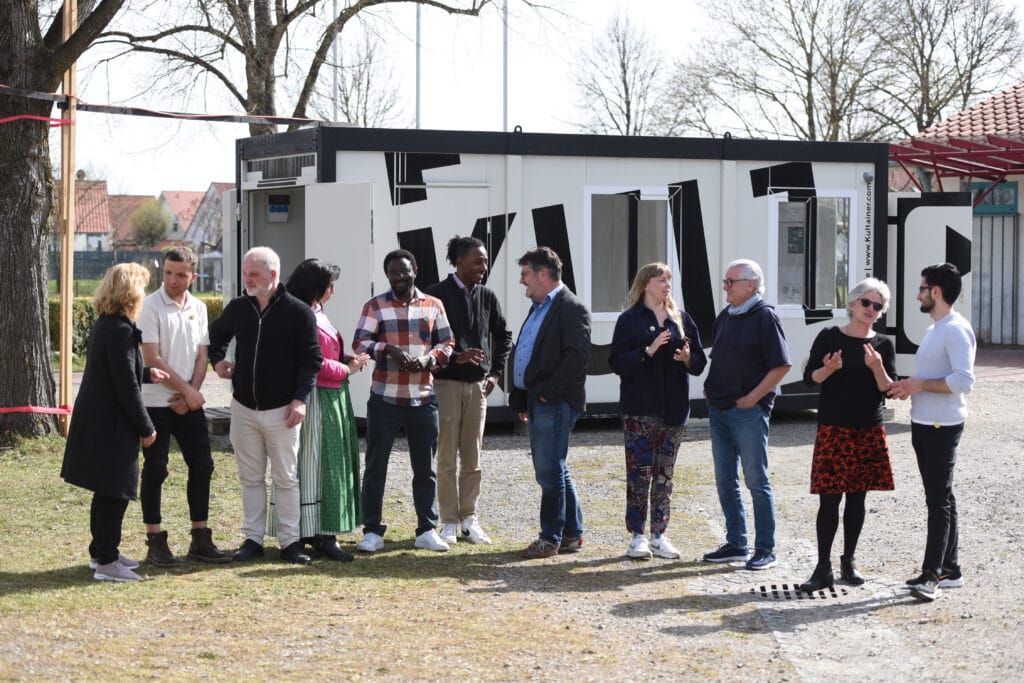 One of the supporters and partners is the Hamburg-based Association “Dignity for Children”, which Anna Lena Johansson founded with her husband in 2003. She too knows the situation on the ground in crisis regions.

Wolfgang Hauck, dieKunstBauStelle, now met two Afghan trainers again, whom he trained as stilts trainers in Afghanistan in 2018. “Walking on stilts was, apart from juggling, the only activity that girls and women were also allowed to do. This gave the girls a new attitude towards life and experiences to have a ray of hope with the difficult situation,” says Hauck. 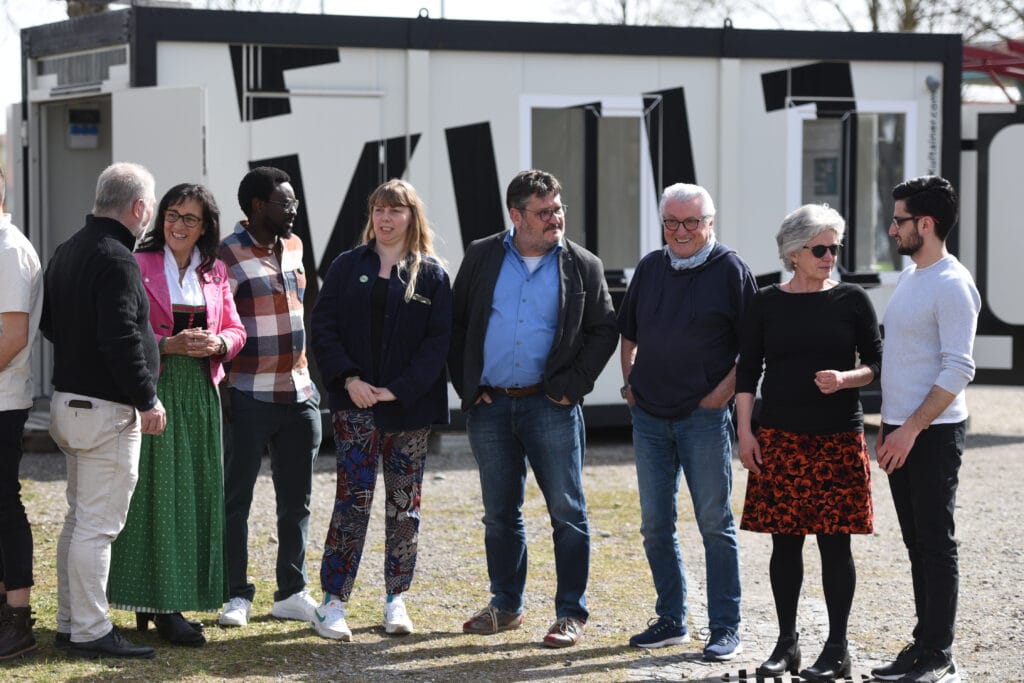 Social Circus” is the term used to describe social work with children and young people in which the techniques of the circus can be used to provide effective trauma education. “A look at the thousands of videos and pictures shows the social and emotional effect these offers have for living together in times of crisis,” says Mie Clemens Schwartz, an anthropologist who got to know the project in Kabul eight years ago.

This diverse composition of the team was at the beginning of the visit to Fuchstal. The welcome was spoken in 15 different languages, not including the Bavarian welcome by Mayor Karg.