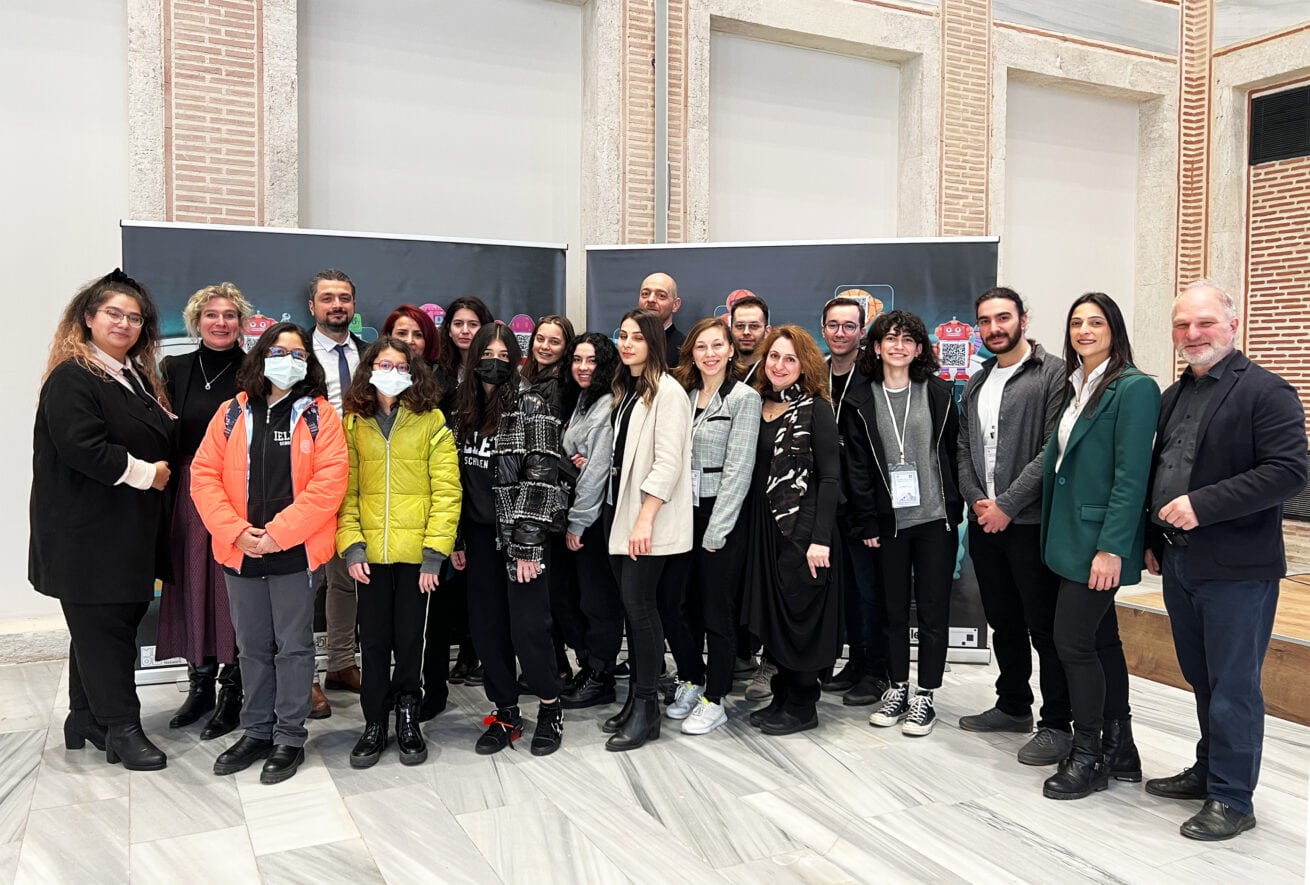 On 1 March, the exhibition of the project “FutureFlashback” will be opened at the T. C. Istanbul University by the Dean Prof. Dr. Hayati Develi, Head of Department of the Faculty of Literature Prof. Dr. Necdet Neydim, and the Turkish project leader Dr. Ensa Filazi. The project leader of the IELEV School, Stephan Reischl, who co-developed the concept with Wolfgang Hauck, will also participate.
The project leader and initiator, Wolfgang Hauck, from the association dieKunstBauStelle, will travel to Istanbul with Anke Neudel, the association’s project coordinator for international cooperation.
The project began in 2019 at the secondary school in Landsberg and gradually spread further and further internationally. First came the public school İELEV in Istanbul, then schools in Ukraine, and then Istanbul University with the Faculty of Literature.
In order to make this project multilingual, the Interpreting and Translating (German-Turkish) Department of Istanbul University was involved in this project and contributed to the intercultural cooperation.
A total of 50 audio contributions from the students were divided among the students from different semesters of the department, transcribed, translated into Turkish, and read in again as audio contributions. The division of work between the students was assisted by Alper Akbay, a graduate of the department. Transcriptions, translations as well as audio recordings were completed by Ayşenur Yavuz, Sümeyra Tatlı, Deniz Varol, Yasin Atar, Hatice İnci, Tolga Maden, Sümmeye Saliha Kantar, Sema Durmuşlar, Şimal İda evik and Ersin İşbilir. The official website was translated into Turkish by graduate Suna Yıldırım.
Now, for the first time, all language versions are being shown in Istanbul. It is just too tragic that the exhibition in Ukraine was launched in January 2021 and now the traveling exhibition has to be postponed.
The first part of the exhibition was already on display in Landsberg on the main square. There, one could call up the sound recordings of the young people’s contributions with QR codes. This connected the digital and analog worlds,
The digital exhibition is independent and can be accessed at:
www.futureflashback.de
The various international participations were supported by:
Kultur macht stark, Türkische Gemeinde ein Deutschland Mein Land- Zeit für Zukunft, Deutsch-Türkische Jugendbrücke, Foundation Remembrance, Responsibility and Future EVZ, Multicultural Ukraine (MKUA).